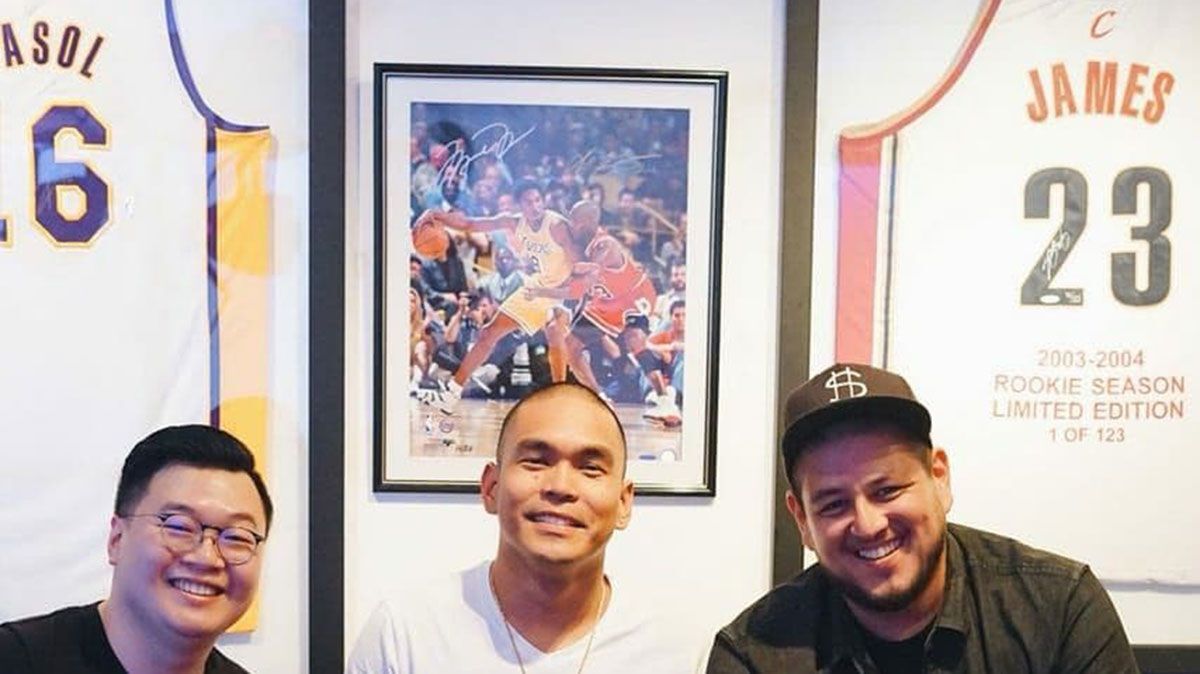 EVERY year, fans spend more and more money on hyped sneakers, gear, and now, the return of basketball cards.

Happenings in sports like the showing of Jordan’s Last Dance, the loss of Kobe Bryant and Diego Maradona and the retirement of Maria Sharapova in 2020 have made fans more sentimental, it seems. People see the value of holding on to golden memories and timeless treasures. Memorabilia collection is gaining higher and higher momentum.

Some may consider spending thousands on collectors’ items as a self-indulgent hobby. But forward-looking fans and avowed collectors know it’s a wise, wonderful and sound investment.

Sports fans who are memorabilia collectors treasure their items for the priceless emotional rewards they provide. They give them a physical connection to golden moments and feats of greatness. They get a buzz from owning something that belonged to or has been touched by their sports idols.

Other collectors are astute investors. They know that spending money for memorabilia is no useless expense. The return on investment is tremendous. So they go out of their way to get collectors’ items through auctions, discovery adventures or in the simplest way: buying them from authorized retailers.

In the Philippines, there is only one authorized internet retailer. That’s Hall of Fame Authentics or HOFA.PH. Put up in 2018 out of the passion of lifelong basketball fans Stephen Songco, Ron Uy, and Elvis Gutierrez, the online-based store gives Filipino collectors easy access to sports memorabilia they have always longed to own, whether it be in basketball, baseball, football, soccer, golf, hockey, and boxing. The signed goodies and relics vary from jerseys, basketball, sneakers, boxing gloves, posters and more.

Ron and Stephen say it is indeed wise and advisable to invest in collecting memorabilia. They themselves are avowed collectors and investors. Ron invested in a pair of Kobe Bryant shoes for $5,000 before The Mamba’s retirement in 2016. It is now worth a whopping $20,000. Stephen sold his car a few years back to own a signed, game-worn Michael Jordan sneaker for P400,000. Today those Air Jordan 11s’ value has gone up to over 2 million pesos.

“We saw the value of sports heroes and their stories, and that they are represented by objects that become works of art. Their prices appreciate every year especially for those signed by the sports greats. That’s why people should never be afraid of buying sports memorabilia. It is never, ever a dead investment. Who knows how much its value can rise over the years? You might not be aware that a particular one you own has appreciated to as much as hundreds of thousands to millions of pesos already,” shares Stephen.

HOFA offers authenticated goods from major companies like Upper Deck, Panini, Steiner, and Fanatics. Orders may be placed on the website and products can be received in as little as two weeks. Payment options include credit card, PayPal, and installment plans to accommodate a varying range of budgets.

Now that Steph Curry just torched the nets in the NBA All Star Game’s 3-point shooting contest, why not own an autographed ball by possibly the greatest shooter of all-time? When he becomes a Hall of Famer, this investment will be off the charts.

Or what about owning a signed Portland Trailblazers jersey from Damian Lillard, whose final three baskets to ice the game in the 2021 All-Star game will make it a pot of gold hanging on your wall when he retires?

If you already have that extra cash and have been thinking of using it wisely, why not go for a signed LeBron James Lakers Authentic Jersey? Owning a piece of clothing signed by the 17-time NBA All-Star is definitely one of the best ways to grow your money for the years ahead.]